Okay, so that’s from Law and Order: SVU, and I definitely do not own the rights to the theme song that is now stuck in your head.

I’ll start again. Hello! I am a Special Victim’s Prosecutor – a real life one. I evaluate and prosecute cases involving child sexual abuse every day without script revisions or commercial breaks. I work with an “elite squad of dedicated detectives [and social workers, family advocates, forensic interviewers, medical professionals, mental health professionals, etc.] who investigate these vicious felonies,” and I love what I do. I say that to tell you that these are not the ramblings of a cynical, burnt-out, exhausted professional who drags herself into work every morning. I genuinely love what I do.

I’ve seen something of a movement lately surrounding #savethechildren as it relates to human trafficking. Please do not misunderstand me, human trafficking is an incredibly real, incredibly legitimate cause, and I have no problem whatsoever with it being championed.

But, I do have a problem with the way that the message is being delivered and misconceptions it may be inadvertently perpetuating. [deep breath] The primary purpose of human trafficking is servitude. When the servitude is sexually-based, and the victim is a child, that amounts to child. sexual. servitude. Trafficking may be the mechanism, but sexual servitude – sexual abuse – is the malignancy that we’re really talking about here – really fighting against. We’re talking about the fact that there are people right now, people you know, having sex with children. This is not up for debate. The statistics say that 1 in 4 girls and 1 in 6 boys will be sexually abused by their 18th birthday. Full stop.

But it sounds like we’re all on the same page! Save the Children! Yes. Absolutely, YES. But we aren’t going do that by repeatedly sharing a dark, shadowy post of an armory truck filled with broken chains and human excrement. Yes, that is real and devastating and unimaginable, but the people you are trying to reach, trying to encourage or support or warn or save by posting on social media are most likely NOT the people who are ever going to be threatened by that image in real life.

We have to stop focusing the minds of our vulnerable children solely on that kind of “stranger danger.” Of course we’re all appropriately appalled by surveillance footage of children being pulled into vehicles in parking lots, and of course we lecture our kids to be alert and aware at all times because that could happen to them. They should be! But the reality of them ever being faced with that specific situation is unlikely at best, and we are doing an incredible injustice to them if we stop the conversation there. We aren’t #savinganyone by perpetuating a concept that makes us feel safer simply because we are farther removed from it. I know we all mean well with the shares and likes and care emojis, but we can be doing so much more.

RELATED NEWS: Instead of Preventing Abuse, Planned Parenthood Focuses On Not Getting Caught

#Savethechildren by posting the real statistics – like from the Dallas Child Advocacy Center – that say 92% of child sex abuse is perpetrated by someone the child knows. If social media truly is your megaphone, then great! Don’t just post your support though, post resources, post lifelines. Maybe a child who sees your post is being perpetrated on by a family member and didn’t realize it wasn’t normal until they saw it. Maybe they also thought it had to be a stranger in a truck to be abuse rather than someone they probably love dearly in their bed every night.

#Savethechildren by volunteering for your child’s classroom or sports team or youth organization – use your common sense to spot red flags, and don’t second guess yourself when it comes to reporting. I can’t count the amount of times a perpetrator has finally been charged and a well-intentioned neighbor or family friend says “now that you mention it, I saw x, y, z a few months ago, but I didn’t want to be wrong.” LOOK. That elite squad of detectives I mentioned earlier is not just going to take your word for it and arrest someone immediately. The criminal justice system is absolutely imperfect, but do not let it be on that basis that a child continues to be abused when you could have stopped it with a simple phone call. Everyone in North Carolina is considered a mandated reporter. If you see something, say something. Every time.

#Savethechildren by educating them! Is it easier to call it her “cookie” instead of her “vagina” or just not call it anything because you feel awkward – you bet. Is it easier to talk about creeps wearing trench coats, peddling candy and puppies than about their best friend’s family members at the upcoming soccer sleepover – you bet. It’s always easier to distance ourselves from the things that make us uncomfortable. But we owe our children SO much more than simply doing what is easy.

#Savethechildren by letting others educate them! You guys. Education on sexual abuse is not the same as sex education! I dOn’T wAnT aNyOnE tAlKiNg To mY kId AbOuT sEx – NO! or maybe FINE! My goodness. No one is trying to talk to your child about sex. The conversation is not how to put a condom on a banana. The conversation is about sexual abuse – personal boundaries and warning signs and available resources. The conversation is about safety – on social media and on their phones with those tiny little cameras they can take anywhere and capture anything. If you aren’t comfortable educating them yourself (see above), why in the world wouldn’t you want them to get the necessary information from a trusted source?

The bottom line is this. I am thrilled to see child sexual abuse getting the attention it rightfully deserves, but we have a critical responsibility to take meaningful action too. Next time you feel compelled to #savethechildren, take a look at the amazing organization Darkness to Light and let’s do more together. 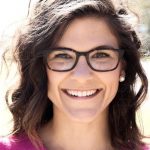 Kaelyn Sweet works as a Special Victim’s Prosecutor. When she isn’t putting away predators, Kaelyn enjoys painting, hitting the beach, and spending time with her family.