Ever wonder what would happen if we treated the First Amendment like we do the Second? Stop wondering and read on.

It’s time for common-sense internet restrictions. Don’t believe me? Just look at all the harm online activity can inflict.

Everyday, victims are being cyber-bullied—some to the point of suicide. Others are lured by sexual predators or human traffickers. Then there’s the fact that terrorists have used social media to recruit members and plan attacks.

RELATED NEWS: Nobody Needs An AR-15? These Folks Did

Sure these people only make up a tiny minority of the online community, but so what? Honest members should be happy to endure some extra inconvenience if it makes society safer.

And we’re not talking about anything extreme–just basic measures, like conducting an FBI background check before someone can buy phones and laptops, or requiring a license that can cost several hundred dollars to use public wifi.

We can’t put kids at risk, so let’s make it a felony to use any device within a thousand feet of a school. Devices with webcams pose a particular threat to them, which is why buying one should involve getting fingerprinted, paying a two hundred dollar transfer tax, and registering it with the federal government.

Finally, we need a way to confiscate devices from people who raise red flags among others in their community. After it’s been taken, owners can attempt to get their property back by demonstrating to a judge (at their own expense) that they aren’t dangerous.

Obviously, sending the police to raid homes has the potential to get people killed. And of course, some owners owners might get falsely reported due to their political views, religious beliefs, or simply out of personal animosity. There’s also no way to keep stalkers and abusive partners from using the law to make their targets more vulnerable. But in the end, it’s a small price to pay.

Now it's true that the First Amendment is supposed to protect freedom of speech, and the Fourth Amendment guards us from unreasonable search and seizure. However, our Founding Fathers simply couldn't have imagined just how dangerous communication technology would one day become. Given these facts, shouldn't the Constitution only apply to what citizens had two and a half centuries ago?

The answer is no, it shouldn't. Because while technology changes, our rights don't. That's something we understand about our right to speak freely; our right to bear arms shouldn't be any harder to grasp. 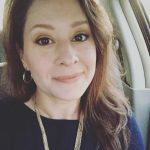 Rebecca Schmoe is a pro-gun activist and sits on the board of 1 Million Moms Against Gun Control. When she isn’t at the range or in the field, she’s co-hosting a podcast called To The Republic.